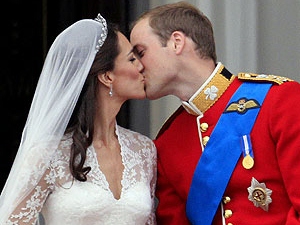 If you were to ask me if I watched the royal wedding the answer would be “sort of.”  I turned on the TV to get the news Friday morning and all the coverage was of the wedding, which was already over.  I flipped to an entertainment channel and sure enough, they were already re-running their coverage.  I left it on while doing other stuff around the house, watching it now and then when it got interesting, and leaving it when it got boring.  I have to say, the most entertaining part of the whole thing was not the wedding itself, but the ridiculous heights of hyperbole the “news people” covering it achieved.  I just had to write something about the best examples.
I was in another room when all of a sudden the loudest squeals and shrieks started coming out of the TV.  You would have thought that Justin Bieber had just appeared in front of a group of teenage girls.  I looked in to see what was going on.  The camera was showing soccer player David Beckham and his wife Victoria.  The women who were supposed to be providing commentary were practically hyperventilating over David Beckham.  “Look at those cheekbones!”  “Look at his hair!” Etc.  The women ranged in age from thirties to let’s just say matronly, but as one they would have run down the street and assaulted him if they could have.
The best part was after they got done with their initial palpitations, it became obvious that they hadn’t even noticed his wife was accompanying him.  When they finally did, boy did the catty remarks start flying.  “She’s not smiling.”  “She never smiles.” “She’s wearing that to the wedding?”  “She’s trying to hide her baby bump.”  Etc.
The next thing that I started to notice as the coverage went on is how they kept referring to Kate Middleton as “every day”, “common”, “girl next door”, “middle class”, “one of us”, and many other terms all so they could point out how much of a fairy tale story it was.  It was as if Prince William had seen this poor girl scrubbing the floors of his palace and had picked her to be his wife.
Let’s have a reality check:  If she is the girl next door then I want to find that neighborhood.  In actuality, she is the model-beautiful daughter of millionaires, who was sent to all the right schools, and coincidentally (yeah, right) ended up at the same ultra-exclusive college at the same time William was attending.  She was one of many similar girls whose families dangled them in front of the Prince and she was the one who he picked.
Now don’t get me wrong.  She’s great and the two of them genuinely seem to like each other.  They are a far cry from Prince Charles and Princess Diana.  Those two barely looked like they even wanted to be in the same room most of the time and it wasn’t too many years before they were cheating on each other, Charles with Camilla Parker-Bowles and Diana with James Hewitt, the Captain of her Royal Guard (who just happens to greatly resemble Prince Harry, but I digress.) 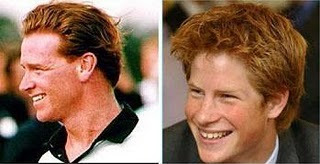 I remember during Charles and Diana’s wedding one of the news stories was that Diana was literally examined to ensure that she was a virgin, and therefore suitable to marry Charles.  Seeing as how Kate and William have been living together for years, I don’t think she would have passed that test.  They probably waived the requirement this time around.  J
I finally started actually watching the coverage when Kate was on her way.  When she got out her sister Pippa accompanied her into the church, looking damn good herself.  I felt sorry for Pippa, though.  Even though she was the Maid of Honor, she didn’t get to stand up with Kate during the ceremony.  Instead she had to act as babysitter to the little boys and girls who were part of the wedding party.  On top of all this, she had to carry Kate’s wedding train around and over any obstacles.
All’s well that end’s well, though.  I found out the next day that Pippa probably had the highest profile coming out of the whole thing.  She was praised for the dress she wore and the internet has gone wild over her.  I wasn’t the only one to notice her figure.  A British paper is reporting that a Facebook group titled The Pippa Middleton Ass Appreciation Society has been formed and that it already has over 10,000 members.  She later went out in another outfit that drew a lot of attention. 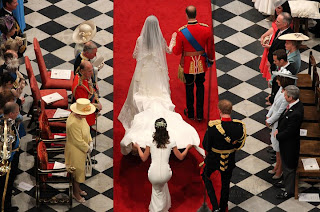 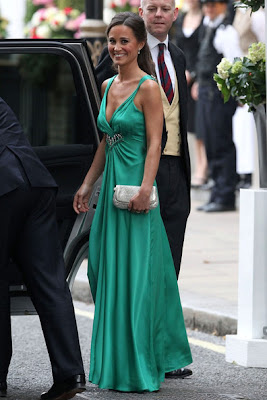 Once the vows were taken, I thought to myself, “Wow, the wedding was a lot quicker than I expected.”  It turns out I was wrong.  They had to satisfy the egos of various important people in the Church of England and give them each something to do at the ceremony.  It dragged on and on.  I finally stopped watching until they were leaving the church.
I looked back in a final time when they came out on the balcony.  The “news people” had been breathlessly predicting a “long, loving kiss” since William and Kate actually cared for each other, not the awkward kind of kiss that Charles and Diana had shared.  Turns out they were wrong again.  There was just a quick peck on the lips at first, then a slightly longer kiss a little later.  It was funny to see William blushing about it.
The balcony sequence did provide my favorite picture.  Check out the little girl in the lower left.  She’s showing just what she thinks about all the noise and ceremony. 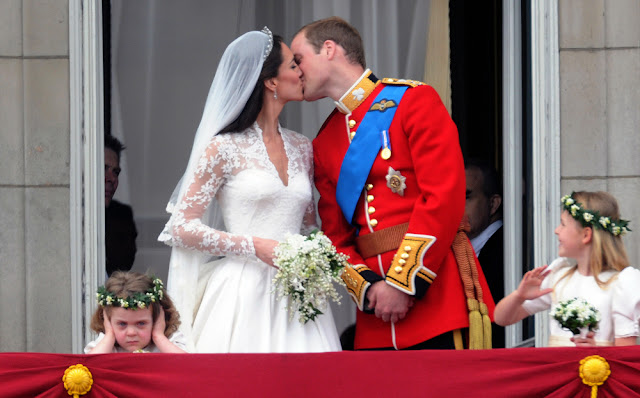 As you can probably tell from all of this, I am not big into royals or royalty.  I know who they are, but they aren’t that important to me.  I realize that I am in the minority on this in the English speaking world.  Rather than start crying over how like a fairy tale it all was, I kept wondering how much the whole thing was costing the British taxpayers.  I’m guessing upwards of fifty to one hundred million dollars by the time all was said and done.  That’s on top of the billions of dollars they spend every year on their royals.
In all honesty, William and Kate do seem like a nice couple and I do wish them all the best.  Here’s hoping the press leaves them alone for a little while before starting to pressure her to have kids.  I give it about a month before they start in.
June 2nd Update - you can find my follow-up post on the Royal Wedding here.


Finally, this video went viral in a huge way, so you may have already seen it.  It’s too good not to include with the rest of this, though.  Here’s a spoof version of the wedding:
Posted by Chip Lary at 7:50 PM