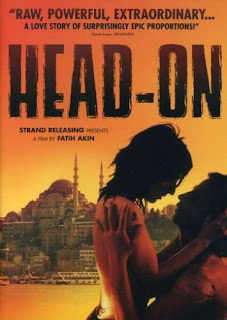 Head-On is a German film, but it’s about the second generation of Turkish immigrants to that country and how they are caught between the older traditions and the new lives available to them as German citizens.  The focus is on two such people – Cahit (Birol Unel) and Sibel (Sibel Kekilli) – who are husband and wife…sort of.  This film probably contains the best illustration I have ever seen of the phrase “Can’t live with ‘em, can’t live without ‘em.”
Read more »
Posted by Chip Lary at 6:17 PM 6 comments: 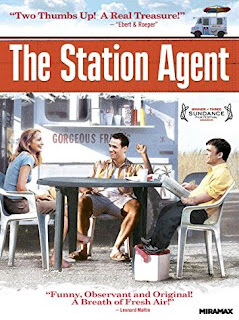 The Station Agent is a great little film that I first saw when it came to video/DVD over ten years ago.  At the time I thought to myself, “That guy playing the lead character did a great job.  It’s too bad his height will keep him from getting many other parts.”  This just shows what I know.  “That guy” was Peter Dinklage and he’s now on this TV show you may have heard of – Game of Thrones.  In fact, because of the fame and acclaim he has gained from the show people are seeking out other things he has worked on and that includes this film.  I’m glad more people are getting a chance to experience it.
Read more »
Posted by Chip Lary at 2:28 PM 13 comments: 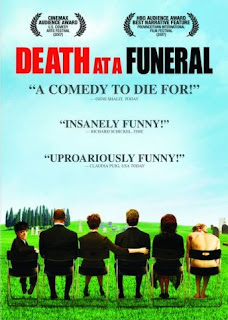 First things first, this review is for the original 2007 U.K version of the film directed by Frank Oz, which had a primarily white British cast, not the 2010 U.S. version directed by Neil Labute which had a primarily black American cast.  The 2010 movie is a remake of the 2007 one.  While the later film kept a lot of the same jokes, I feel the original is funnier.  I will explain why further down.  For now, I want to say that this is a hilarious film.  I laughed my ass off at it.  I’ve given very few pure comedies five stars, but this is one of them.
Read more »
Posted by Chip Lary at 6:00 PM 4 comments:

The Top Ten Lesser-Known Films from Game of Thrones Actors

Note: there are no spoilers in this post for Game of Thrones, regardless of how little of the show you may have seen.

As I write this the fifth season of the TV show Game of Thrones has one episode left to air.  Once again several new characters were introduced.  It was the addition of two of the performers – Keisha Castle-Hughes and Jonathan Pryce – that got me thinking about a couple of great movies they did.  I then started mentally wandering through other cast members and I soon realized that there were quite a few good movies out there that the actors and actresses on the TV show had been involved in.  I decided to build a Top Ten list.
Read more »
Posted by Chip Lary at 11:34 PM 8 comments: 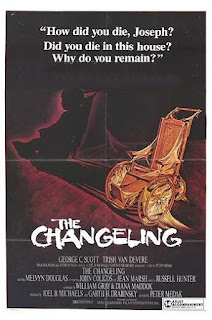 This is the sixth of twelve films that Steve at 1001plus has picked for me to watch and review.  It’s the first of two horror films he gave me.  Steve is a bigger fan of horror than I am.  I’m sure this is one of the ones he wondered about giving me.  Well Steve, you’ve got no worries here.  This was a very effective movie filled with plenty of goosebump inducing moments for me.  While most horror films lose my attention when they go for the gore, this one stayed restrained (for the most part – more later) and the film has a much greater impact because of it.  And it actually has more going on than just scares.  It’s three parts ghost story, one part murder mystery, and one part political thriller.
Read more »
Posted by Chip Lary at 8:00 PM 3 comments:

Coldplay’s Game of Thrones: The Musical

The members of the band Coldplay are big fans of the show Game of Thrones.  They’ve written some songs to turn it into a musical.  See Tyrion Lannister sing about being a survivor in “A Man for All Seasons (Still Goin’ Strong)”.  See Jaime Lannister sing about his love for Cersei in “Closer to Home”.

You may be wondering “Is this serious?”  The answer, perhaps fortunately, is no.  This is a bit of fun Coldplay and some of the cast of Game of Thrones had for the recent Red Nose Day.

Here is the full twelve minute skit from Coldplay where we see them getting together with the cast to work on the musical.  It includes partial versions of three songs, the two I mentioned above, along with Dany singing “Rastafarian Targaryen”.  I’ve included videos of the more complete versions of these three songs below the main Coldplay video.

I watched 47 new movies in May, plus watched a season of a TV show.  This was quite a bit more movies than last month, and more in line with what I tend to watch.

During May I completed seeing all 1,000 films on the They Shoot Pictures Don’t They list.  You can read more about that in this post.

With that time freed up, and with having a few days of vacation where the weather kept me inside, I also finished off the 2014 Empire 301 Best Movies list and the 2010 Empire 100 Best World Films list.

I am now working on Roger Ebert’s list of Great Films.  He has a total of 374.  As of this writing I have 11 left to see.  One of them is a four DVD collection that I will have to get from Netflix, along with a few others Netflix will need to send me, so I am unsure if I will finish off this list in June.
Read more »
Posted by Chip Lary at 6:37 PM 7 comments: