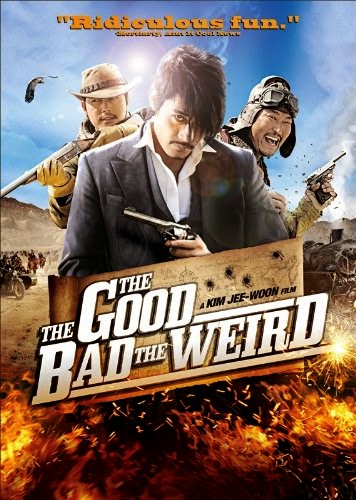 When is a western not a western?  When it’s an “eastern”.  Take all the standard western story points, and even horses, guns, and wide open spaces, and transplant them to Manchuria (northeastern ) in the late 1930s.  For those who don’t know their world history the Japanese had invaded the region in 1931 and set up a collaborationist government there.  The result is that many people operated outside the law, including the Koreans whose country was to the southeast of .  This means that the wide open spaces of were literally the “wild west” for Koreans in the late 1930s.
Read more »
Posted by Chip Lary at 8:58 AM 2 comments: 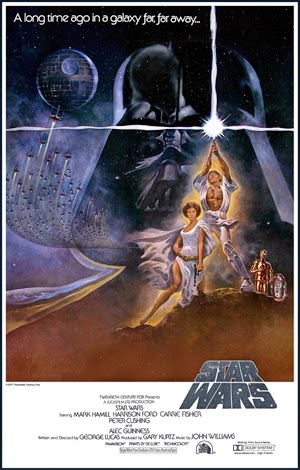 Science fiction films are sometimes referred to as “space operas”, not unlike westerns sometimes being called “horse operas”.  The reason is that there are often similarities in the kind of stories being told; it’s only the setting that is different.  I wrote in the parent post for this category, “Consider the following story: farm boy from the boondocks meets an old gunslinger who shows him the ropes.  After riding into town where all the bad guys and action are they join up with a disreputable criminal with a heart of gold and later a fancy woman out of her element.  Farm boy wants to get revenge on the man who killed his father.  And that man is the former protégé of the old gunslinger who was once very close to him until the protégé betrayed him.  If that’s not a western, I don’t know what is.  If you haven’t figured it out already, I just described Star Wars.”
Read more »
Posted by Chip Lary at 5:27 PM 14 comments: 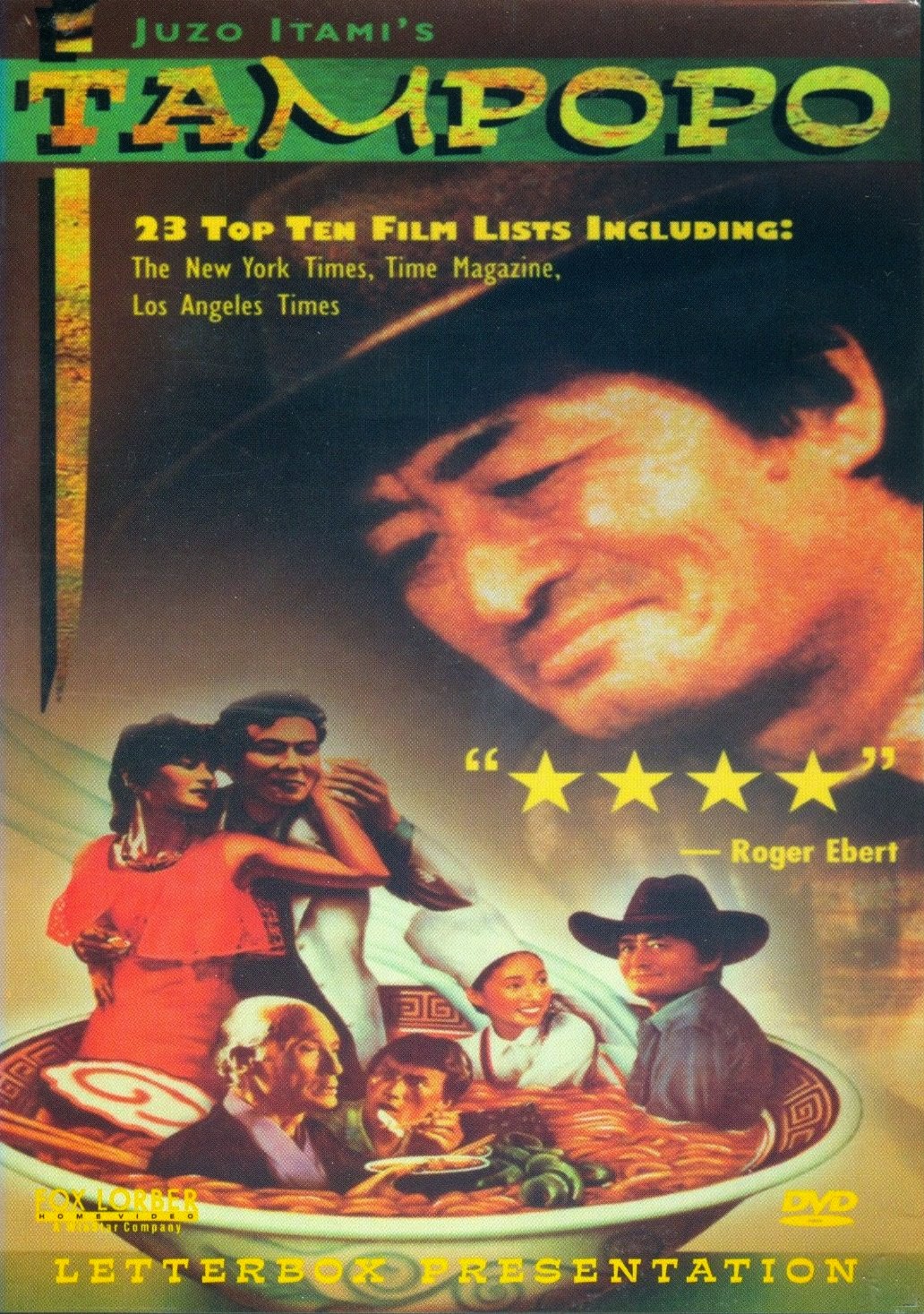 Tampopo is a Japanese film that is clearly rooted in the American Western film genre.  It is set in contemporary , but all of the basic story points are pure classic western.  A mysterious stranger rides into town, helps save a widow and her son, fights the bad guys, and rides off into the sunset.  While it is interesting to see the genre reinterpreted this way, the most fun comes from the comedic aspects of the film itself.
Read more »
Posted by Chip Lary at 7:19 PM 6 comments:

Westerns That Are Not Set In The West

“Mos Eisley spaceport: You will never find a more wretched hive of scum and villainy.  We must be cautious.” – Obi-Wan Kenobi, Star Wars

Think of all the different kinds of movie genres: drama, comedy, horror, romantic comedy, musical, thriller, action, science fiction, fantasy, etc.  What do these genre names have in common?  They all describe the content of what is in the movie.  And that content can occur in any possible setting or time period.

At first glance, the one exception to this is the Western genre.  Instead of describing what is in it, it describes where and when it is set.  Say “western” and people picture the American West, , desert, cacti, mid 1800s technology, etc.  It’s the only major movie genre that is like that.  (No, “Foreign” doesn’t count since that describes the language being spoken in the film, not where it is set.  Watch The Wedding Banquet sometime.  And some people miss the fact that a movie set in outer space does not have to be science fiction.  It was sad how often I saw Gravity described as “sci-fi”.  It’s a drama set in contemporary near Earth orbit.  And while we’re at it, science fiction doesn’t have to be set in the future.)

But at second glance, is “western” really describing only the setting?  I’m sure it started out that way, but over the decades it has also come to describe the kind of story you can expect almost as much as when you hear “horror” or “romantic comedy”.  When hearing the term “western” some people certainly are picturing desert, but others are picturing tales of good guys vs. bad guys, revenge on someone who has hurt a family member, gunslingers, desolation, a stranger riding into town and helping a widow save her land, etc.

Consider the following story: farm boy from the boondocks meets an old gunslinger who shows him the ropes.  After riding into town where all the bad guys and action are they join up with a disreputable criminal with a heart of gold and later a fancy woman out of her element.  Farm boy wants to get revenge on the man who killed his father.  And that man is the former protégé of the old gunslinger who was once very close to him until the protégé betrayed him.  If that’s not a western, I don’t know what is.  If you haven’t figured it out already, I just described Star Wars.

Aside from science fiction, the samurai films of Akira Kurosawa were certainly influenced by American westerns, to the point that some of them even ended up getting remade as out and out westerns (Seven Samurai = The Magnificent Seven, Yojimbo = A Fistful of Dollars, Sanjuro = For a Few Dollars More, etc.)

And the American West isn’t the only place with lawless wide open spaces.  A film such as The Good, the Bad, the Weird (2008) is set in – which is both literally and metaphorically the Wild West for the 1930s Koreans that are the main characters in it.  The Sundowners (1960) is set in the Australian outback in the 1920s and features a family living and riding in what might as well be a stagecoach while driving sheep.  Django Unchained (2012) is certainly set in the right time period, but it’s in the American South not the West.  It echoes so much of the classic western, though, that writer/director Quentin Tarantino referred to it as a “Southern”.

All of these films and more are Westerns in everything except name.  These are the kinds of movies I will be recommending in this category.  As I review the films I will come back and add the links for them here.

Email ThisBlogThis!Share to TwitterShare to FacebookShare to Pinterest
Labels: Movies, Movies – Category Intros, Movies – Westerns Not in the West

As some of you know I’m a lists person.  I’ve compiled my own lists of films to see, and referenced ones from many other sources.  I’ve also completed quite a few different lists, including the 1,001 Movies You Must See Before You Die, all the AFI lists, both the 2012 Sight and Sound Critics’ Top 250 and Directors’ Top 100 lists, the Top 100 Movies of all time lists from Time Magazine and Entertainment Weekly, and every single film that has been on the IMDB Top 250 at every year end since 1998.

In fact, my Lists from Chip site was an extension of all the tracking lists I had compiled.  I figured “Why not share them with others?”

At the moment I am working my way through the films in the They Shoot Pictures Don’t They list.  This list, commonly referred to as “TSPDT”, has been issued on a mostly annual basis by Bill Georgaris since 2006.  He consolidates and weights lists from critics on what the best films are.  The result is, in theory, the 1,000 most acclaimed films of all time, in ranked order.

I saw 33 new movies in the month of August.  After saying last month that I was going to concentrate on the They Shoot Pictures Don’t They list, I ended up dipping a toe back into a couple of other lists in August.

It turns out the new additions to the 2014 1,001 Movies You Must See Before You Die edition possibly became available.  I posted on that here.  Based on those unofficial changes I watched the five films of the thirteen new ones that I had not yet seen.  I also watched a film from the 101 Genres lists because it was expiring from Netflix Instant.

I mentioned last month that I was just short of a couple of milestones on the TSPDT lists (both 2013 and 2014).  This month I did indeed see the remaining entries in the Top 500 of both lists, and I passed 850 films seen of the 1,000.  I saw a couple more of the longest entries, too.  And I happened to notice that I finished off a few more of the directors that have many entries in the list, primarily Bergman.  That has given me a new focus for September – trying to complete all the entries for the big directors.  I’m going to probably write a separate post on the They Shoot Picture Don’t They list and the heavy prevalence of a few directors (i.e. 13 different directors have at least 10 films apiece on the list; 77 have at least four films there and those make up more than half the list – 525 entries.)
Read more »
Posted by Chip Lary at 8:10 PM 4 comments: