I was chosen by Steve Honeywell at 1001plus to participate in the Six Degrees of Separation Blogathon, which was started by Nostra at My Film Views.  This is an interesting one; most everyone who watches movies tries to make connections with others.  The idea here is pretty simple: connect one actor to another through six or fewer steps.

The task before me is to connect Vinnie Jones with Jean Gabin.  We got here via the following list of previous posts in the series:
Read more »
Posted by Chip Lary at 6:37 PM 5 comments:

Weird Al Is Back With a Message for All Bloggers

Weird Al Yankovic pretty much spans my musical consciousness.  I was in high school when a friend brought in something he had taped off the radio.  It was the song Another One Rides the Bus – a parody of Queen’s then current hit Another One Bites the Dust.  It was by some guy calling himself Weird Al Yankovic.  It was played on the Dr. Demento show. (Anyone other than me remember that?)

Al is back once again showing that no matter what genre or artist is popular he can turn it around and make a song and video at least as entertaining as the original (if not more.)

Here’s Word Crimes, his version of Blurred Lines, and it’s the one with the message for all bloggers.  Other than featuring annoying pop ups from Vevo instead of naked models, it beats the original by a large margin.


Finally, here’s Tacky, his version of Happy.  You’ve got to love all the familiar faces he got to be in the video.  Can you name them all? 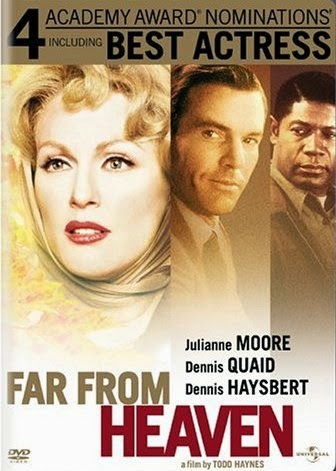 The film Far from Heaven is set in the 1950s, but explores topics that no 1950s film would have been able to touch – homosexuality and interracial romance.  Writer/director Todd Haynes is a big fan of Rainer Werner Fassbinder (Ali: Fear Eats the Soul), who was in turn a big fan of Douglas Sirk (All That Heaven Allows).  Fassbinder’s film, which I reviewed earlier for this Interracial Relationships category, was a tribute to Sirk’s melodramas from the 1950s.  And Haynes deliberately made Far from Heaven have the same look and feel of Sirk’s films, while employing some techniques from Fassbinder.  The result – a film with both Fassbinder and Sirk in its pedigree – is one almost guaranteed to make professional movie critics get all tingly in their special areas.  Here’s the thing – it’s not just a “critics’ film”; it’s well worth watching for regular people, too.
Read more »
Posted by Chip Lary at 5:55 PM 4 comments: 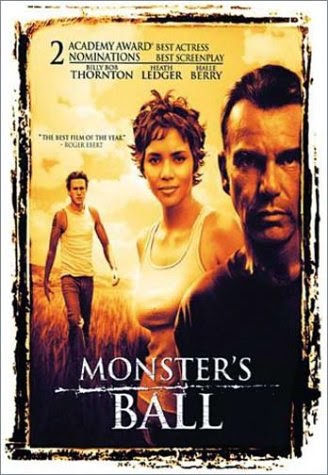 Nowadays the film Monster’s Ball is probably best remembered for “the sex scene”.  It involved and Billy Bob Thornton and there was no Austin Powers like goofiness with objects blocking our view (unlike many films with major stars in them).  Both and committed to the scene and the film.  Almost inevitably the scene was censored in the in order to get an R rating, but was released as is around the rest of the planet.  The thing is, there’s a lot more to this movie than just a sex scene.  In fact, this is the film for which won the Best Actress Oscar.
Read more »
Posted by Chip Lary at 8:11 PM 4 comments:

Here’s the cover of the 2014 edition of this series. 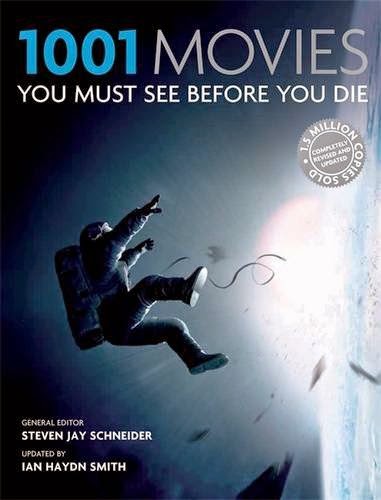 I found it on Amazon .  The text with it mentions the films Gravity (the cover image), , American Hustle, 12 Years a Slave, and The Wolf of Wall Street.  All of them were Oscar Best Picture nominees.  The Palme d’Or winner is usually a lock so that means Blue is the Warmest Color will probably be joining them.  That’s six films; a year usually adds 10-12 new ones.

Speculating on others, I wouldn’t be surprised to see Rush added.  The list skews more European, and they do love their Formula One racing.  And considering one of the two characters is a major British driver, and that the main editors of the books are British, that also seems to point in the favor of this film.

It would surprise me to not see Her added, but it’s yet another Best Picture nominee and the editors seem to only allow a certain number of them in for a given year.  This might only be 50/50.

The Great Beauty was the foreign film winner for the Oscars, the Golden Globes, and the BAFTAs.  I didn’t think it was that special, but the director already had another film added to the list last year (The Consequences of Love), so I think this one is probably a reasonable pick to be added.

Three films that didn’t get a lot of notice, but that I had in my Top 10 for the year are Stoker, Mud, and Much Ado About Nothing.  It would be nice to see at last one make the list.  Other than Much Ado About Nothing, though, I don’t know that they bring anything unique to the discussion.

Upstream Color sharply divides people (I’m on the “con” side), but enough editors might be on the “pro” side to add it.  I’d much rather see Shane Carruth’s earlier film Primer make the list instead.

I’ve already seen every film mentioned here, so if the new additions are close to these guesses then I won’t have much catching up to do this fall.

The Amazon U.K. entry says that the book will be available October 6, 2014.  A similar date was given last year, but it started shipping in early September instead.  Of course, that was the hardcover American edition.  This year is likely to only have the softcover edition.  There is no entry for the book on the main Amazon site in the , but I know that it eventually offered the editions in prior years, so it is very likely that will happen again this time.
Posted by Chip Lary at 6:47 PM 5 comments: 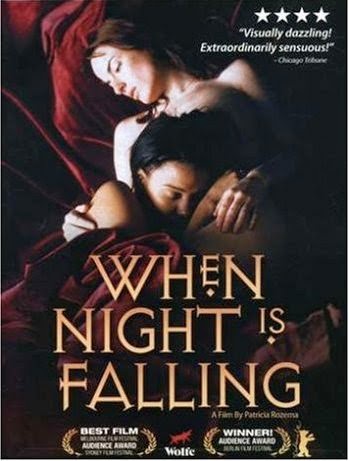 When Night Is Falling is a Canadian film from writer/director Patricia Rozema.  It features a love triangle between a white man, a white woman, and a black woman.  The two women could not be more different.  Camille (Pascale Bussieres) is a respected professor at a conservative Christian college.  (Rachael Crawford) is a bohemian circus performer.  And the triangle isn’t the two fighting over Camille’s fiancé – Martin (Henry Czerny); it’s trying to seduce Camille away.
Read more »
Posted by Chip Lary at 7:45 PM 2 comments: 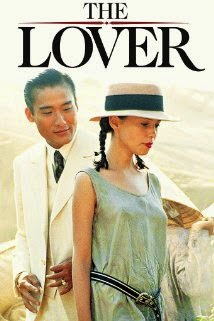 Once upon a time movie studios were able to produce serious films for adults with a minimum of teenage boy smirking or older prudish condemnation.  That era is now gone, but while it lasted it produced some good films.  The Lover is one of them.  It is based on the semi-autobiographical 1984 novel of the same name by noted French author Marguerite Duras.  The film received an Oscar nomination for its cinematography and some of the natural beauty it captured was that of the lead actor and actress.  The Lover also received six Cesar (the “French Oscar”) nominations.  In case you are allergic to subtitles, the film is presented in English.
Read more »
Posted by Chip Lary at 7:20 PM 2 comments:

I saw three new movies in the month of June, plus I re-watched four films.  My movie watching has been much lower the last few months as I’ve started a new job and as I’ve been working on my book – a 15 year supplemental update to my 1999 Parkman genealogy.

I am semi-actively working on the following lists: Oscar Best Picture Nominees, the six 101 [Genre] Films You Must See Before You Die lists, and They Shoot Pictures Don’t They.  All of these different lists can be seen by clicking on the names of them.  They link to my Lists from Chip posts on them.

Here are the 3 new movies and 4 re-watches I saw in June.  Highlighted films are ones to which I would give at least three stars out of five.

I saw so few films this month that I will just write a bit about each.

The Circus – Chaplin delivers another comic gem.  There are some slow sections where the movie shows us how boring the circus performers are without the Tramp character among them, but the beginning and end of the film are quite good.  3.5 stars

The Monuments Men – Just an okay movie.  The cast are separated through most of the film as they peel off in ones and twos and we see vignettes with each one.  It never feels like we are watching a movie, but rather a bunch of almost unconnected shorts.  2.5 stars

The Purge – This was only a one star movie until a scene right at the end that resulted in a bloody nose (for anyone who has seen it.)  This film isn’t scary or suspenseful.  Every “twist” is telegraphed from a mile away.  It’s too bad because the premise was sort of interesting.  1.5 stars

The rewatches – I like both versions of The Parent Trap and the remake has more for adults in it.  The Phantom is based on the decades long running newspaper serial.  The story has large parts of it that were ripped off to later make Indiana Jones and the Kingdom of the Crystal Skull.  This is the first time I’ve seen it since way back when it came to VHS.  I didn’t realize Catherine Zeta Jones was in it.  It was interesting to see her before she was a star.  Warm Bodies still makes me laugh a lot on what is now the third watch of it.  And seeing classic Arnie kicking ass and spewing one-liners is the reason to re-watch Commando.

Looking forward into July I might be watching more movies again.  I’ve ordered proofs of my book.  I just need to finalize that and then get communications out to the family association about how they can buy it and I’ll finally be able to get some free time back.  And I have started posting movie reviews again.
Posted by Chip Lary at 7:29 PM 4 comments: