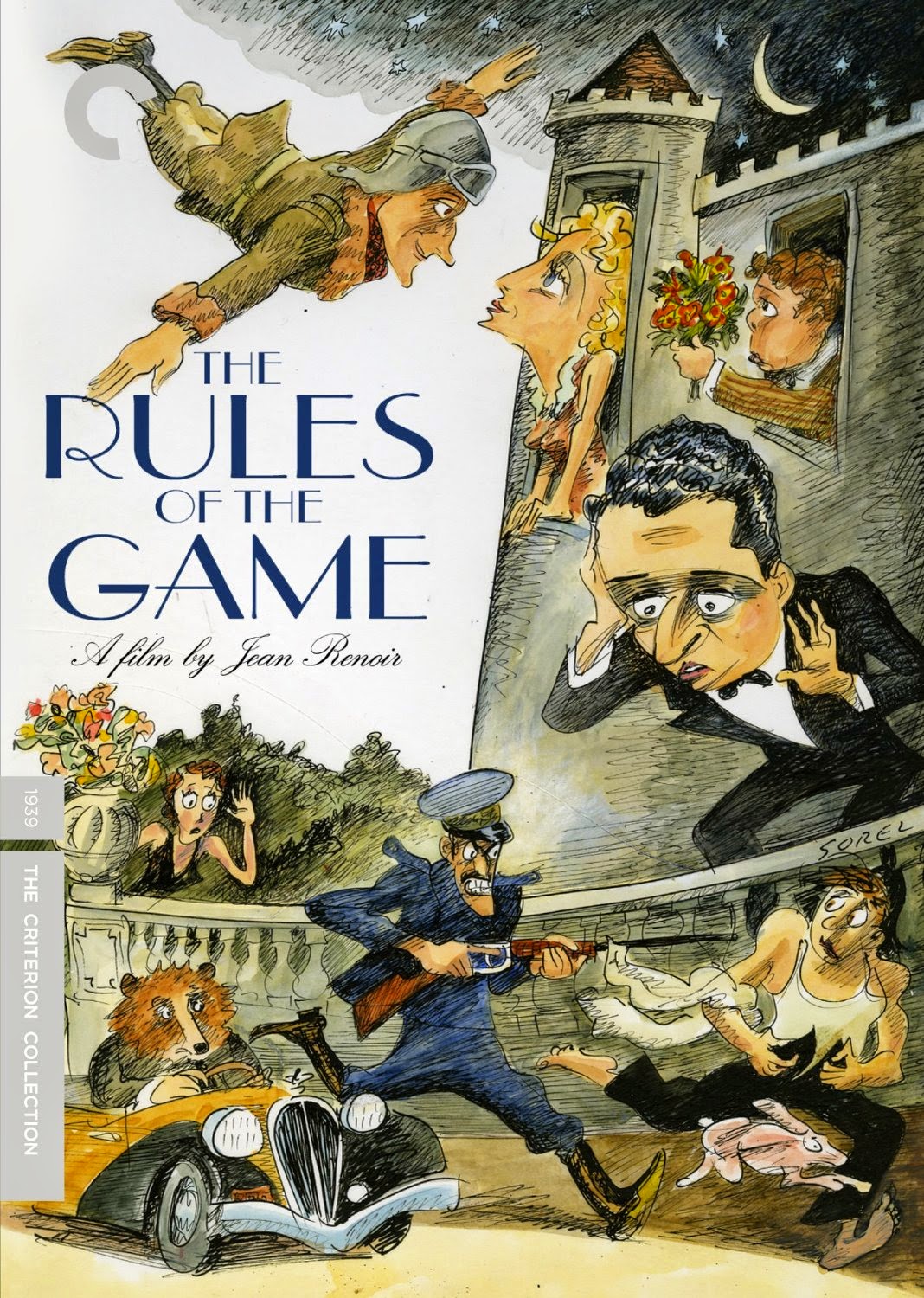 The Rules of the Game, despite being so acclaimed by critics, actually has a pretty simple premise that has been copied many times – show a group of people, many of them unlikable, from different social strata interacting with each other.  Off the top of my head other films like this one include Smiles of a Summer Night (1955), The Big Chill (1983), The Decline of the American Empire (1986), and (2001).  What puts The Rules of the Game at or near the top of so many film critics’ “Best of…” lists?  I have a couple of theories that I will share on that.


First, I’m not going to attempt to describe the plot, other than in very broad strokes.  There are too many characters running around, cheating on each other or lusting after each other, to try to write out all the entanglements.

Because of the film’s subject matter (infidelity among the bourgeois rich and sexual desire among the servants) the initial public reception for this film was very negative.  Writer/director Jean Renoir cut this movie down several times from its original length to try to make it more box office friendly.  All of his attempts failed.  Critics and audiences hated it.

Not long after the movie was released invaded and World War II started.  quickly banned this film outright (along with others such as Daybreak) because it was thought that the bad example of the people in the movie lowered morale in at a time when people needed to feel strong.  Not to be outdone, after the Nazis invaded they also banned the film, in this case on moral (no “e”) grounds.

For anyone who believes in signs from above this movie literally got one when Allied bombers hit the building the negatives of the film were kept in, apparently destroying it forever.

What follows is one of the big reasons I think film critics’ came to like it far more – the underdog story.  Citizen Kane had it when William Randolph Hearst tried his damnedest to destroy the film, and almost succeeded.  It wasn’t until people started seeing it years later that they realized how ahead of its time it was.  I believe the same thing happened with The Rules of the Game.

In the 1950s people worked to find negatives, sound recordings, anything, that would allow them to reconstruct the film.  They were successful in restoring it almost all the way back to Renoir’s original version – the one before he started cutting it to try to make it more commercial.  When critics watched this restored version they praised it mightily.  They were now seeing the interactions of all of these not so likable people as comments on society itself.

For myself, I found the smaller levels of humor in the film to be biting, and by the time it got to the slapstick comedy section at the party I was laughing out loud.  As they sometimes joke, though, “it’s all fun and games until somebody winds up dead.”

I have only seen the film once, but I may watch it again sometime.  And this leads me to what I feel is the second major reason critics praise this movie so highly.  It’s the kind of film that you can watch over and over and then play with.  There are many interpretations to be made, and people can probably find enough material in the movie to support their conclusions, even if they are opposed to each other.

Of course, when you are starting at the very pinnacle of critical praise you can feel a film falls short of that yet it can still be a very good movie.  Unless you think the themes of The Rules of the Game would anger you (like they did the original audiences who saw it in 1939) then I highly recommend this film.