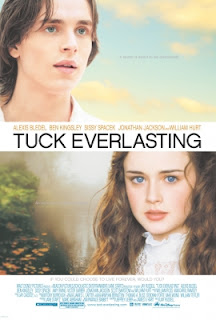 Tuck Everlasting is based on the award winning 1975 Natalie Babbitt children’s novel of the same name.  (I’m not using the term “young adult” since that now conjures visions of sparkly vampires and shirtless werewolves.)  I’m a little hesitant to discuss the central premise of the story since it is kept a secret from the main character for about half the film, yet all the marketing for the movie, and heck, even the title, pretty much lay it out for the viewer.  And the opening of the movie also makes clear what is special about the Tuck family.  So, I will be discussing it in the paragraphs below so you can see if this family film is one you might want to watch.

This 2002 film is actually the second adaptation of the story.  There was an earlier one in 1981.  I have not seen it, so I do not know how it compares to the one I will be reviewing.  If you have seen both, can you please let me know what you thought of the 1981 version?

The 2002 version opens in the present day.  A narrator (Elisabeth Shue) talks about the nature of time and that for the Tuck family it didn’t exist.  We see a teenage boy riding a motorcycle into a small town called Treegap.  He stops before a large home and starts to reminisce.  The film then flashes back to 1914.  We see the town of as it was back then.  The present day teenage boy, looking exactly the same, is walking along the street with another man.  They meet a woman, who joyfully hugs them.  This is Mae Tuck (Sissy Spacek) and she is greeting her sons Jesse (Jonathan Jackson) and Miles (Scott Bairstow).  She has not seen them for ten years.  In fact, they make reference to the fact that they always meet back in Treegap every ten years.  Their apparent youth, plus the fact that we saw Jesse in the present, tell us that this family somehow never ages – hence the title “Tuck Everlasting”. 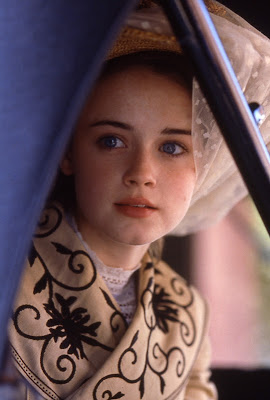 Also in town that day is Winnie Foster (Alexis Bledel).  She is a teenage girl, who like every young heroine of stories set in this period, is chafing at the restrictions of being a “proper young lady”.  Her rich mother (Amy Irving) is horrified to leave a shop and find Winnie playing stickball with some boys.  Later, Winnie’s father (Victor Garber) lets her know that they are planning to send her away to a girl’s school for proper training in deportment.

Meanwhile, Mae, Jesse, and Miles have arrived at an old cabin to meet the patriarch of the family, Angus Tuck (William Hurt.)  They catch up with each other.  It’s apparent that Miles is moody and depressed.  He talks about going away to fight in a war that he is sure is going to break out in .  He is also sure that he was being followed on his way to Treegap.  At a train station he saw a mysterious man dressed all in yellow that appeared to be watching him.  Miles managed to give him the slip.  These two things worry Mae, who takes out an old music box and turns the crank to play a soothing tune.

Winnie, standing at the fence on her property, is suddenly greeted by someone – a man dressed all in yellow.  The Man in the Yellow Suit (TMITYS), played by Ben Kingsley, and not to be confused with The Man in the Yellow Hat from the Curious George stories, tells her he is looking for some long lost relatives.  Before Winnie can answer, her mother comes out and tells TMITYS to be on his way; that they don’t talk to strangers.  He obliges, and as he is walking away he starts to whistle a tune – the same one from Mae’s music box. 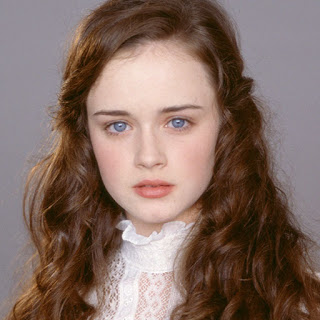 Winnie has had enough and runs off into the woods.  She finds Jesse, drinking from a spring under a tree with a large T carved in it.  Jesse is startled and scared to see her.  They argue, but when she reveals she is lost he offers to lead her back to town.  She says she is thirsty and wants to drink from the same spring.  Suddenly Jesse gets very scared and won’t let her.  Winnie runs off in her own fright – right into the arms of Miles.  Miles tells Jesse that he knows what they have to do.  Miles and Jesse bring Winnie back to their cabin where Mae tries to make her comfortable.  They have no intention of letting her leave, though.  Winnie is scared because she doesn’t know what is going on.

Winnie’s father organizes some search parties and TMITYS offers his services.  He says he is very good at finding people.  He also says that since he is trying to find his “long lost relatives”, the Tucks, he might be able to accomplish both.  Any man whose name we never learn is never going to be up to purely good intentions, of course.

Time passes with Winnie at the cabin.  She has never met anyone like the Tucks.  They don’t seem to be uptight about anything and, except for Miles, they seem to enjoy life.  Mae lets drop that Miles used to be married, but that his wife and children were now dead.  Jesse leads Winnie into the woods, showing her some of his favorite places.  As you might expect, Winnie and Jesse start to fall in love.  When she asks him how old he is he says “104”.  She tells him to be serious, so he says “17, or thereabouts.”  Winnie confesses her dreams for her life and Jesse finally confesses to her about his family.  They are immortal.  He really is 104 years old.  It is the spring that she saw Jesse drinking from that caused this.  The Tucks can’t let anyone find out, though, because people would be killing each other over the spring, not to mention hating the Tucks.  The family had already been accused of witchcraft when people noticed they didn’t age.  That’s why the family scatters and only comes back together every ten years.

Jesse and his father both talk with Winnie.  Jesse wants her to drink, too, so that their love can be forever.  Angus cautions her that immortality is not a gift.  Miles saw his wife, who refused to drink because she thought it was the Devil’s work, die in an insane asylum, as well as both of his children die from ailments.  In his grief he has fought in every war that has come along, hoping that finally someone will be able to kill him.  Angus cautions Winnie that she should really think hard before she decides if she wants to drink or not.

I won’t spoil how or why, but TMITYS tracks everyone down and causes the Tucks quite a bit of problems.  Jesse tells Winnie he will come back for her “when it is safe.”  The movie comes back to the present.  We now know Jesse is in town to see if he can find what happened to Winnie after nearly 90 years.  Did she drink from the spring, and if so, does she still love him? 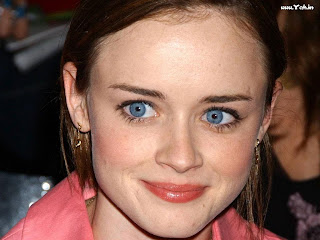 This was the first time I had ever seen Alexis Bledel in anything.  She would have been around 20 when she filmed this and the way they dressed her and lit her, she is just glowing with youth, vitality, and innocent beauty.  And her eyes are the center of everything.  On a later film she did – Sin City (you can read my review here) – directors Robert Rodriguez and Frank Miller presented the film mostly in black and white with a few splashes of color.  One of the things they left in color was Bledel’s eyes.  In the commentary for the film Miller even remarked that he would get so distracted by her eyes that he would catch himself just staring at them while she was shooting a scene.

Tuck Everlasting is a family film, but that doesn’t mean that it is cloying or simplistic.  It presents a great question – if you could choose immortality, would you?  As the movie shows, it is not without its drawbacks.  The film also sends the message that you should live life to the fullest, regardless of your situation.  If this sounds interesting then I recommend you give Tuck Everlasting a try.