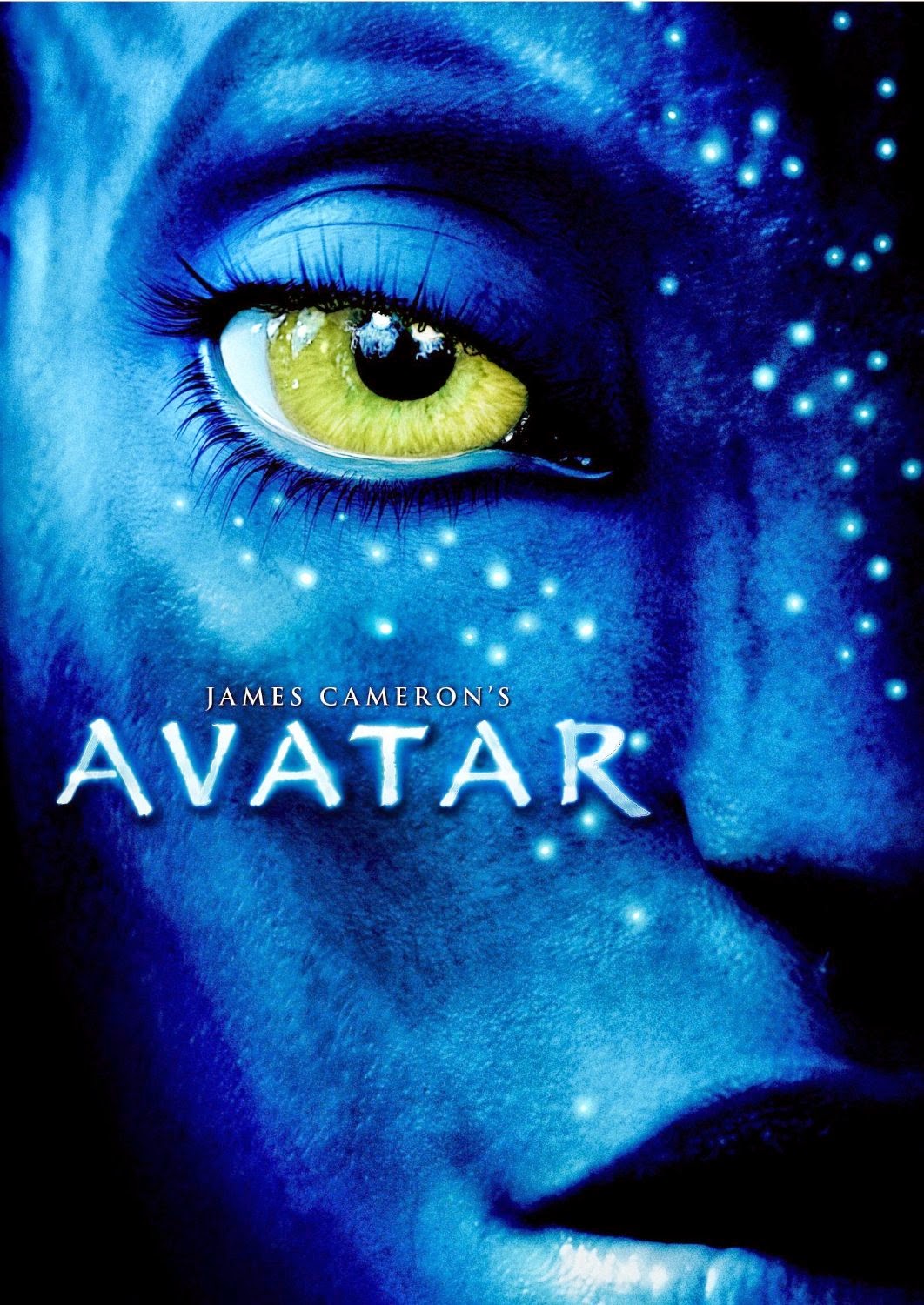 Believe it or not I’ve finally come to the end of my Movies with Interracial Relationships category.  And what better way to end than with a relationship that’s not only interracial, but also interspecies and interstellar?  I think just about every person on the planet has heard of the movie Avatar and odds are not bad that they have seen it, too.  It became the highest grossing film in both and world history (in today’s money; adjusted for inflation it still gets beaten by earlier films such as Gone With the Wind.)  Just about everyone agrees that it raised the bar on movie visuals.  Most everyone also agrees that this is pretty much the reason to see it.


I hadn’t been that excited for it to come out.  I wasn’t there opening weekend, although I figured I’d go see it at some point because the visuals would be best experienced on a large movie screen.  A co-worker did see it when it opened and I asked him what he thought of it.  He didn’t go into what was good, bad, or otherwise.  All he said was, “It’s Dances with Wolves.”  In four words he summed up most everything you need to know about the plot: a white man comes to live among and love natives and becomes their leader to help them fight the very people that he used to be one of.  In this case, instead of it being the American west with Indians it’s a moon in outer space known as Pandora which has a native intelligent species known as the Na’vi.

James Cameron has somewhat acknowledged that he liberally borrows (steals, to some) from other people’s stories.  Terminator was taken from two Outer Limits TV show episodes written by Harlan Ellison, who successfully sued for credit.  Cameron’s TV show Dark Angel was ripped wholesale from the late Robert Heinlein’s novel Friday.  When asked about this he said that he had read everything Heinlein had ever written, including Friday, and he had never realized there were so many parallels that he had subconsciously included from it until it was pointed out to him.

Something borrowed, something blue #1:  the material being mined is “unobtanium”.  This is a joke in science fiction for any material that has whatever magical properties are needed to get around a problem in the laws of physics.  The ship in the film The Core has a hull made of unobtanium, for instance.  In Avatar the material is anti-gravity (which led to further comparisons to the “upsy-daisy-um” from the classic Rocky and Bullwinkle cartoon.)  Really, it was just a maguffin to give a reason for why humans were destroying the natives’ environment, and to allow for some great visuals of floating islands of rock (which copy the art of Roger Dean, who is not credited.) 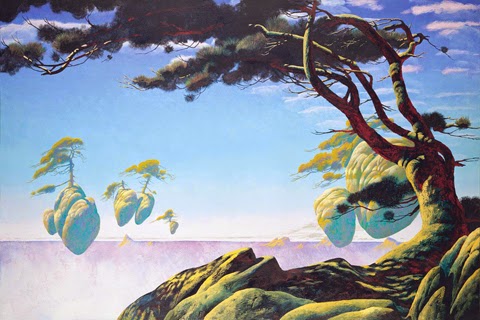 Something borrowed, something blue #2:  The classic Poul Anderson short story Call Me Joe features a paralyzed man remotely controlling a substitute body on a planet’s surface with his mind;  Frank Herbert (author of Dune) wrote two novels that featured a planet named Pandora and that had vegetation with a linked consciousness known as Avata;  the most famous Russian science fiction authors, the Strugatsky brothers, wrote a series of novels in the 1960s that took place on a planet named Pandora, which was primarily forested, and which had a native intelligent species known as the Nave.

So when it came to Avatar it was no surprise that the plot was quite familiar to people.  (Others have compared it to Ferngully: The Last Rainforest, but I have not seen that, so I cannot say how close they may be.)  It was also no surprise that when Oscar time rolled around that Avatar’s nine nominations did not include one for Best Original Screenplay.  It did end up winning three Oscars.  All were related to the visual aspects of the film: Cinematography, Visual Effects, and Art Direction.

The one for Cinematography did surprise me somewhat because Avatar is actually 60% animated.  The Academy is strenuously opposed to animated acting performances even being allowed to be nominated (sorry Andy Serkis), so allowing what is primarily a motion capture animated film to not only be nominated for its cinematography, but also having it win, was what surprised me.

Of course, I don’t think I’ve run into anyone, other than myself, who thinks of Avatar as anything other than a live action film with special effects in it.  When I got done watching it almost the very first thing I did think of was that it felt like it spent more time fully animated than it did in live action and I did some research to find out if that was correct.  It turns out someone had done some analysis and that only 40% of the film is live action, which means 60% is animated.

Ah, but what animation it is.  It built on what the Lord of the Rings films had done with the Gollum character and showed the true potential of motion capture.  Forget about the dead eyes from The Polar Express; in Avatar these were living, breathing beings.  It is perhaps due to the fact that the animated characters were so well done that people don’t even think of Avatar as an animated film.

And of course, the other major thing that Avatar did on the visual front was show that people will be willing to pay twice the price for a movie ticket, and endure eye strain and headaches, in order to see 3D effects that are impressive.  In fact, I don’t think it would be an exaggeration to say that Avatar is directly responsible for the survival and expansion of 3D movies that we have today, especially considering 3D films have been around since the 1950s and there have been multiple failed attempts over the years to establish them as more than a gimmick.

How important are the visuals over everything else to do with this movie?  Raise your hand if you can tell me the name of the lead actor in this film.  I couldn’t.  I had to look it up to include it in this post.  It’s Sam Worthington.  Many people will remember Sigourney Weaver being in it, but that’s because she was already a well known actress.

Perhaps the person who will have the longest lasting impact didn’t even appear onscreen.  That was Zoe Saldana, who did the motion capture for the main Na’vi character Neytiri – the love interest for the hero.  Earlier that same year she had played Uhura in the reboot of Star Trek.  She then played the blue hued Neytiri in this film, Uhura again in the second Star Trek reboot film, and then the green skinned Gamora in the recent film Guardians of the Galaxy (2014).  I’ve seen at least one review of this latest film refer to Saldana as “the Queen of Outer Space” for all her popular science fiction roles.  With more sequels to all three of these franchises coming, she will have the opportunity to further cement her popularity.

To sum up Avatar: you’re already familiar with the story so don’t see it for anything original there.  Instead, see it for the impressive visuals.  That may seem to be a shallow reason to watch a movie, but they are what set this film apart.  If you’re one of the people who have somehow not watched this movie, give it a try, preferably on the largest screen you can find.