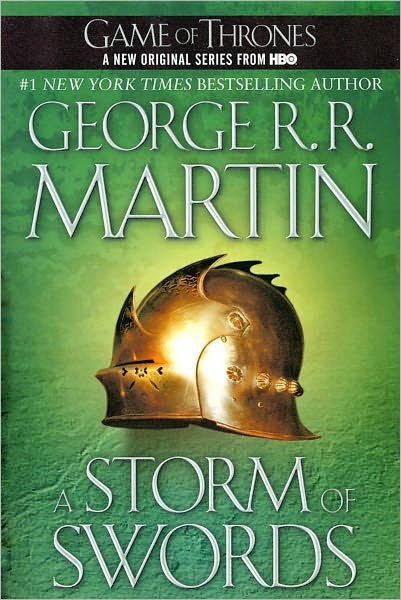 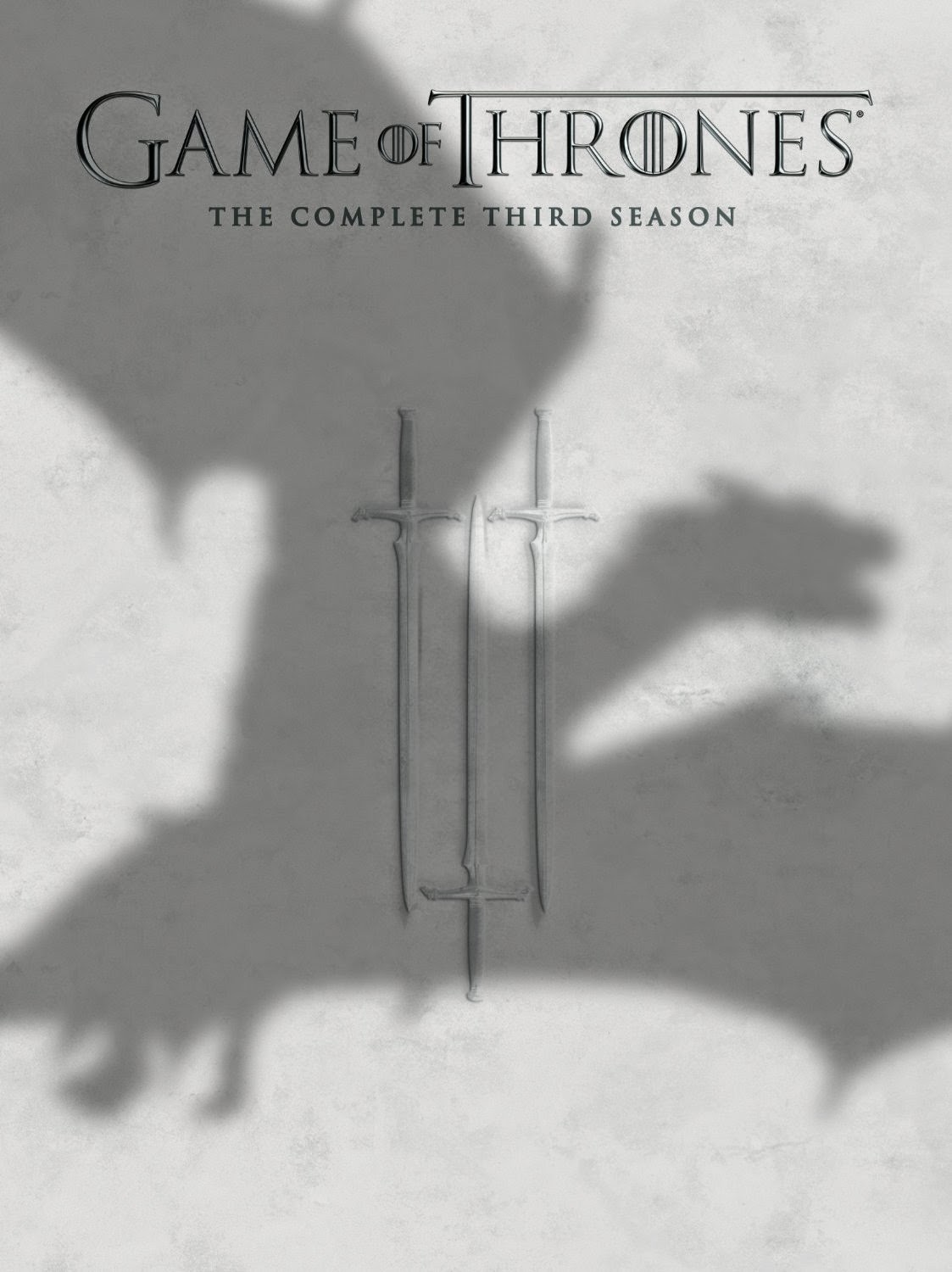 
Season 3 returns almost all the people who survived season 2.  Last year when I was writing my Season/Book 2 post I realized it would take up far too much space to try to recap where all the many characters had left off in their Season 1 stories.  With many more characters added in Season 2 it would be even more foolhardy to try now.

The growth trend continues in Season 3 with over a dozen more characters being added to the already large cast.  Even though the TV show eliminates many of the extraneous characters from the books by jettisoning irrelevant storylines, or by combining multiple characters into one, the net result is still taking a toll on the storytelling in the series.  Just as the books have gotten more and more fractured with all the many characters running around, each with their own story going on, so too has the TV series.  Unfortunately, the trend is going to continue because books 4 and 5 actually function as one single book.  There were so many characters with their own stories going on by then that the publisher split them into two separate volumes.  I’ll be interested to see how the show handles them and which ones they eliminate (hopefully one will be where a character spends an entire book on a quest that the reader knows is pointless from the beginning.)

The major new characters from the third book that were introduced on the TV show were: Mance Rayder aka The King Beyond the Wall; his lieutenant Tormund Giantsbane; another wildling named Orell; brother and sister Jojen and Meera Reed (who were introduced in book 2, but not brought on the show until season 3); Catelyn Stark’s brother Edmure Tully and their uncle Blackfish Tully; Margery and Loras Tyrell’s grandmother Olenna Tyrell – my favorite addition of all because her scenes are fantastic; two characters technically introduced in a Season 1 scene where Eddard Stark orders The Mountain to be hunted down and killed, but not cast until now – Beric Dondarrion and Thoros of Myr; a translator named Missandei, a former slave soldier named Grey Worm, and a mercenary captain named Daario Naharis – all for Dany; Stannis Baratheon’s wife and daughter; and a nameless-for-most-of-the-season man who will make Theon Greyjoy’s life very difficult.

I mentioned at the top that the third TV season adapts the first two thirds of the third book.  Before they had even had the greenlight to make the show its creators’ biggest wish was to be able to get to a particular event that occurs in book 3.  Even though they could have adapted the entire book into a single season like they did with the first two, their desire to climax with this particular scene made them change things up this year.  The result is that they are either going to have to really streeeeeeeeetch the remaining third of the book into an entire season or they are going to have to start into the storylines for books 4 and 5 before the season ends.  Hopefully it is the latter.  One thing that will be assured is that season 4 will have some big events right at the beginning of it as they cover the other major climaxes from the end of book 3.  One of these will be very satisfying for most of the viewers of the show.

Without spoiling what happens in Season 3’s big event, who it happens to, when it happens, or even the name people refer to it by, I do have to say that the TV show really delivers on it.  They did a much better job of disguising that it was coming than the books did.  They removed many of the things in the books where Martin practically had a neon sign blinking “SOMETHING BAD’S GOING TO HAPPEN”.  To satisfy the book readers, though, they still managed to put some of these things in the show in little ways without drawing attention to them.  And in a darkly amusing turn, there were any number of people who had read the books and that knew what was coming who chose to film the reactions of other people who were watching the event unfold and had no idea what was coming.  These reactions then got posted online and many were humorous – in a twisted sort of way.  (I predict reaction videos of people cheering at a Season 4 event will be posted online after it airs.)

How does season 3 compare to the first two in terms of content?  It has just as much violence, language, nudity, and sex as the first two seasons.  It amuses me that we are now three seasons in and some people are still pissing and moaning about the sex scenes on the show.  The tone has changed on some of these complaints, though.  There’s less “do they have to show that?” and more “the sex scenes are boring” and/or “they are a waste of time that would be better spent showing something else.”

I can certainly understand that those scenes may be boring to some people, or may make others feel uncomfortable. The simple truth is, though, that if a majority of viewers didn’t find them entertaining then HBO, Showtime, and the other cable networks wouldn’t put them in most of their shows because they would be hurting the ratings.  And in regards to wasting valuable broadcast time, you know what’s a real waste of time?  Theon Greyjoy’s entire season 3 storyline.  They should have just taken one scene to establish where he was and what was happening to him and called it good.  They would have then had plenty of time freed up for other things.  To be fair to the show runners, the books spend an inordinate amount of time on Theon post-Winterfell, too.  While re-watching season 3 I had an urge to fast-forward every time Theon came on, but I had patience and sat through them again to see if my attitude towards them had changed.  It hadn’t.

There were some unanswered questions at the end of season 2.  They were: who killed Jon Arryn, the Hand of the King before Ned Stark?; who is Jon Snow’s mother?; who tried to have Bran Stark killed?; and what happened to Benjen Stark, the Head Ranger for the Night’s Watch?  These are actually all questions from season 1.  People anxiously awaiting the answers to these will not find satisfaction from season 3.  All four remain unanswered.  (Two of them will be answered in coming seasons, while the other two remain unanswered so far across five books.)

The season 3 Blu-ray set contains around 14 hours of material in addition to the 10 hours for the episodes themselves.  Like season 2 this additional content includes 12 commentaries for the 10 episodes.  And also like season 2 there is a single episode that strangely has no extra track for it.  The commentaries are shared by actors, writers, directors, the show runners, and even one by the special effects guys.  If you are on the fence about buying the set it is well worth the money.

I gave the first season of the show my highest recommendation (5 out of 5 stars).  It was absolutely topnotch and it may have had the single best final scene to a TV season that I have ever watched.  After achieving those heights, there is not much place to go but down.  Season 2 doesn’t go down much, but it does suffer slightly from the problems of the source material having so many separate story threads.  If I gave half star ratings season 2 would be four and a half stars.  Season 3 is another very slight step down, purely from the many fractured storylines, not because there has been any drop off in production or acting quality.  Unless you think you would be offended by the R rated content, I highly recommend the third season of Game of Thrones.

Note: This was written before Season 4 had aired.  If you would like to read my review of that, as well as the fourth book in the series, then please click here.
Posted by Chip Lary at 11:09 PM