Movies with Musical Numbers for No Reason

“Just once I want my life to be like an 80s movie, preferably one with a really awesome musical number for no apparent reason.” – Olive Penderghast, Easy A
You might be saying, “Aren’t all musical numbers in movies there for no apparent reason?”  Well, in the world of a movie musical the performances are logical, just like in the world of an action movie all the crashes and explosions that don’t harm the hero are logical.  For most genres, the movie world does not follow the logic of the real world.
For this category I’ve chosen movies that are not movie musicals, but for whatever reason they have a musical number performed by the characters.  The movies I have selected for this category are Easy A, Ferris Bueller’s Day Off, My Best Friend’s Wedding, and (500) Days of Summer.  I thought about including O Brother Where Art Thou, but the characters in that movie are actually recording a song in a studio, so within the world of the movie there is a reason for it.
When the character in Easy A is saying the words above they actually flash on screen the parade sequence from Ferris Bueller’s Day Off, which is a fun reference.  You may note that this is the only 80s movie I have chosen.  I may revisit this category at a later point to review some additional movies.  Let me know if you have some favorites I did not include.
In case you are wondering what happened to the “Gwyneth Paltrow is British” category that I mentioned in the original three choices – since all four movies in this category have romantic elements in them I will post them when we get closer to Valentine’s Day.
Before I get to the reviews, I just have one question: 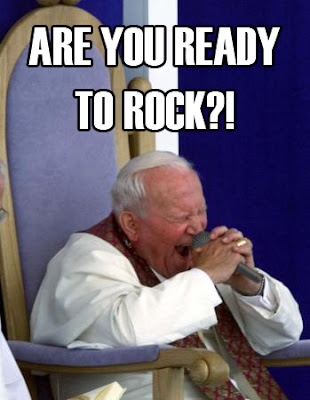 ﻿You can find my posts for these movies here:
Easy A
Ferris Bueller's Day Off
My Best Friend's Wedding
(500) Days of Summer
10 Things I Hate About You added October 16, 2011.